You are cordially invited to an autumn meeting of the Center with four lectures given by the junior researchers (Václav Špillar, Jakub Trubač, Filip Scheiner and Jaroslav Semerád). The detailed program is available in the leaflet.

Evaporation from rocks is a poorly understood, yet important process. In the recent study, an evaporation rate from 10 lithologies, including sedimentary, igneous, and metamorphic granular rocks, was measured and calculated. The measured evaporation rate varied over four orders of magnitude (0.4–2447 mm/year), and the calculations reasonably followed the measured values. Within the range of observed values, the evaporation rate was mostly influenced by the vaporization plane depth below the rock surface (by up to 2.2 orders of magnitude), which was followed by: lithology (up to 1.1 order of magnitude), local climate (up to 1.0 order of magnitude), and climate seasonality (up to 0.8 order of magnitude). Thus, our study shows the key role of the vaporization plane depth in the evaporation rate. This approach can find employment in a large number of investigations such as in the evaporation estimates and hydrologic balance in rock landforms and rocky slopes, hydrologic processes in the shallow rock subsurface, living conditions of endolithic and epilithic organisms, weathering processes, and in the protection of carved or rock constructed cultural heritage. 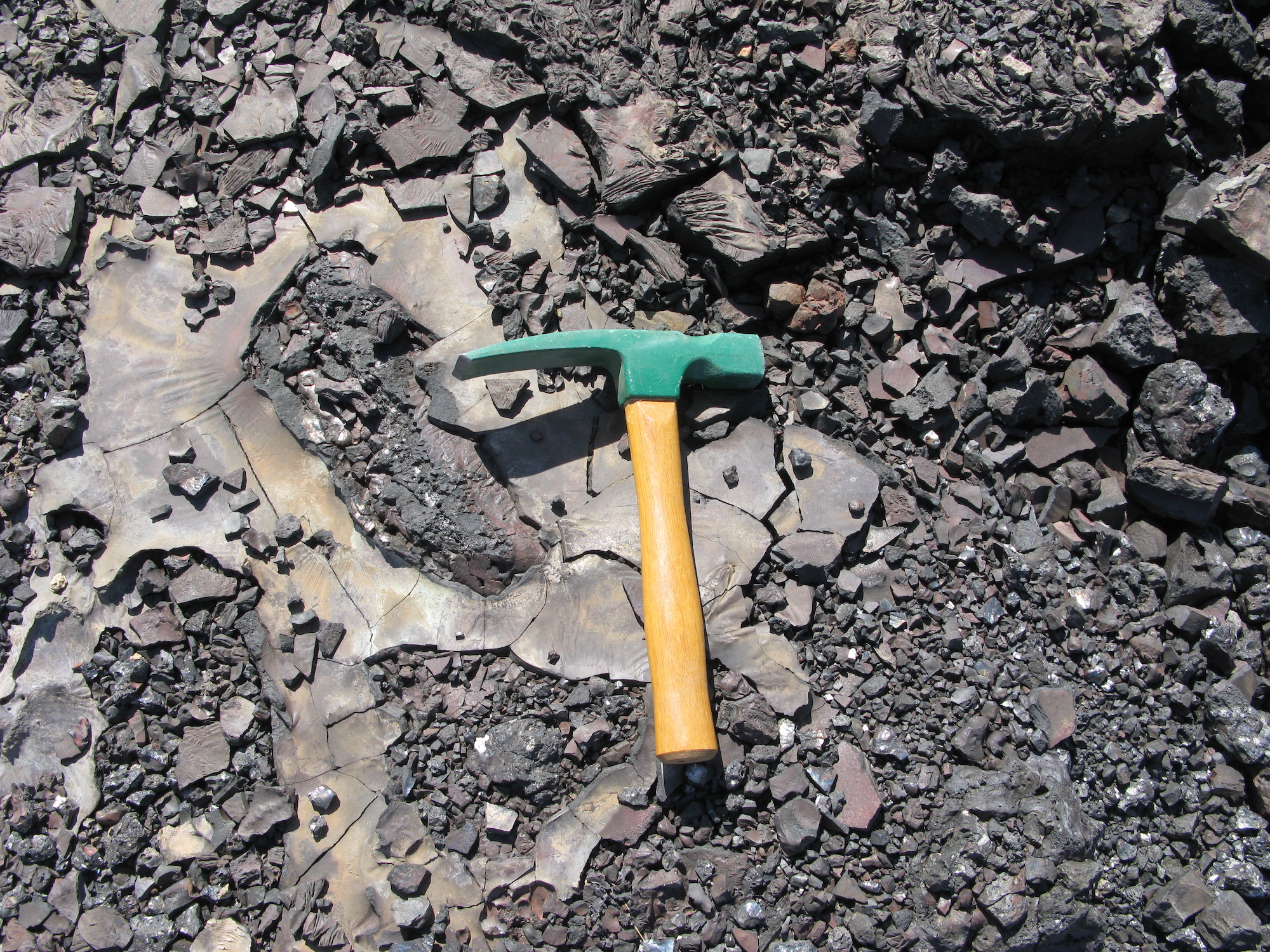 Cobalt is one of the most important critical metals which could be potentially extracted from the old metallurgical slags in the Zambian Copperbelt. The slags from Luanshya, the oldest mining and smelting site in the Copperbelt, contain up to 5990 ppm Co (median: 2370 ppm). The detailed mineralogical investigation combined with the sulfuric acid leaching simulating hydrometallurgical recovery indicated that up to 67% of Co can be extracted from slag in a short period of time (24 h). However, despite the dramatic increase of Co prices on the global market, its recovery from the Luanshya slags appears to be non-economical due to the high costs of the mechanical and chemical processing of the slag materials. The paper is freely available via open access: 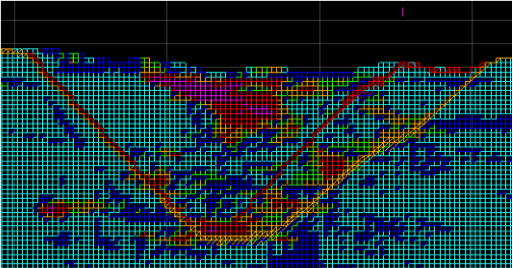 Cristian Quinones, geologist-geostatistician from Chile will stop in Prague during his lecture tour at European universities and will give a one-day workshop on “Practices for Mineral Resources Statement and Study Cases”. The course will take place on 3rd May 2020 (9-17h) in Ložiskové sbírky room, Faculty of Science, Charles University, Albertov 6 building. Topics covered include International Codes, Audits, QAQC, Geological Models, Exploratory Data Analyses. For registration, ask the organizer Dr. Jiří Zachariáš (e-mail). This workshop is partly supported by the Center for Geosphere Dynamics. 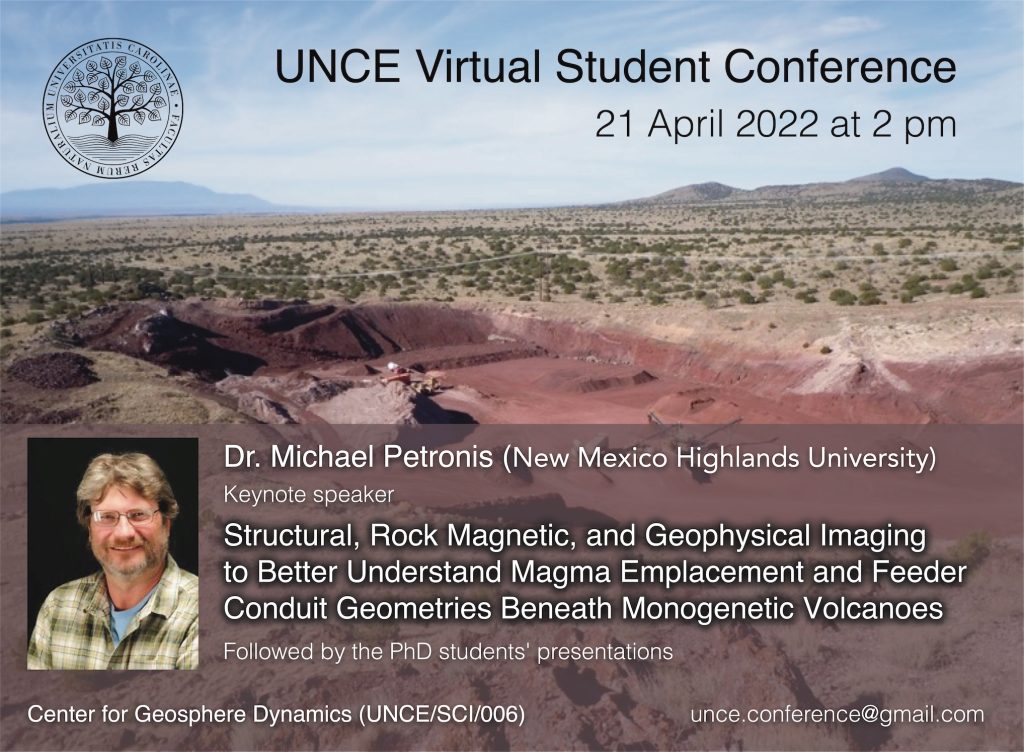 The PhD students associated with the Center for Geosphere Dynamics organize a virtual conference on 21 April 2022 at 2 pm. Keynote lecture will be given by Dr. Michael Petronis from New Mexico Highlands University (USA). For the ZOOM link ask the organizers here. Program and book of abstract can be downloaded here.

We compared analogous healthy topsoils and ones burned by fires of different temperatures for their elemental and isotopic Pb content. The fires only affected the top 5 cm of the soil. We found that soils affected by low-temperature fires had increased Pb compared to healthy soils. The accumulation of Pb was not observed in the soils exposed to higher temperatures. The same results were found in ash. Lead isotopic ratios were affected by the fires. These increased in soils affected by higher temperatures but didn’t change with the low temperatures. We proposed that the temperature dependence is due to anthropogenic Pb (206Pb/207Pb < 1.16) volatilizing at lower temperatures than geogenic Pb (206Pb/207Pb > 1.19). This work suggests that it may be possible to determine the temperature of a forest fire from the Pb isotopic signatures of the burned materials. 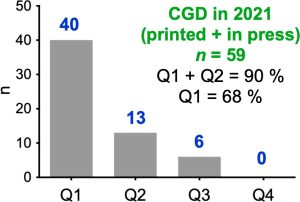 In 2021, the Center for Geosphere Dynamics published 59 papers, mostly in Q1 category (published papers and papers in press). Congratulations! 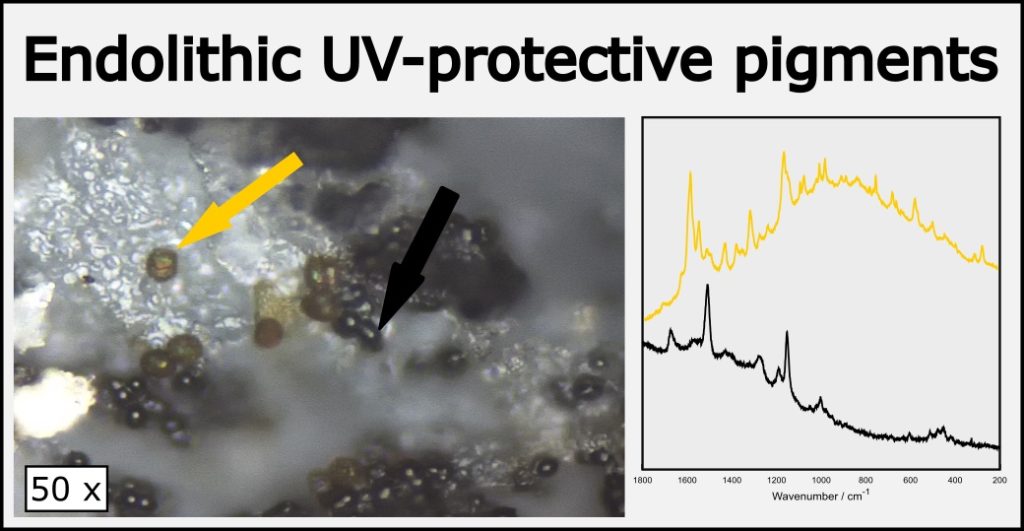 New paper reports groundbreaking findings on the distribution of non-carotenoid pigments in gypsum endoliths. In the study, Raman microspectrometry was used for analysis of UV-protective pigments of dark-pigmented endolithic colonizations in gypsum outcrops from Sicily, Poland and Israel. Colonized samples were investigated using 445-, 532- and 780-nm excitation lasers. Scytonemin and gloeocapsin were detected at all studied sites. Major Raman signatures of scytonemin were detected at 1593, 1552, 1438 and 1173 cm−1. Gloeocapsin shows characteristic Raman bands similar to anthraquinone-based parietin of lichens: at 1665, 1575, 1378, 1310 and 465 cm−1. Scytonemin and gloeocapsin are highly specific for cyanobacteria and can be thus used as biomarkers for certain taxa of cyanobacteria in geobiological and astrobiological studies. Detection of such pigments by Raman spectroscopy combining three excitation wavelengths allows gathering more information about the composition of endolithic consortia in their natural habitats using fast and non-invasive methods.